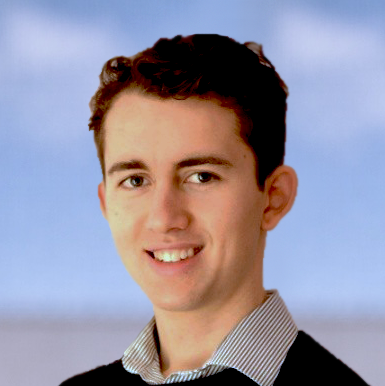 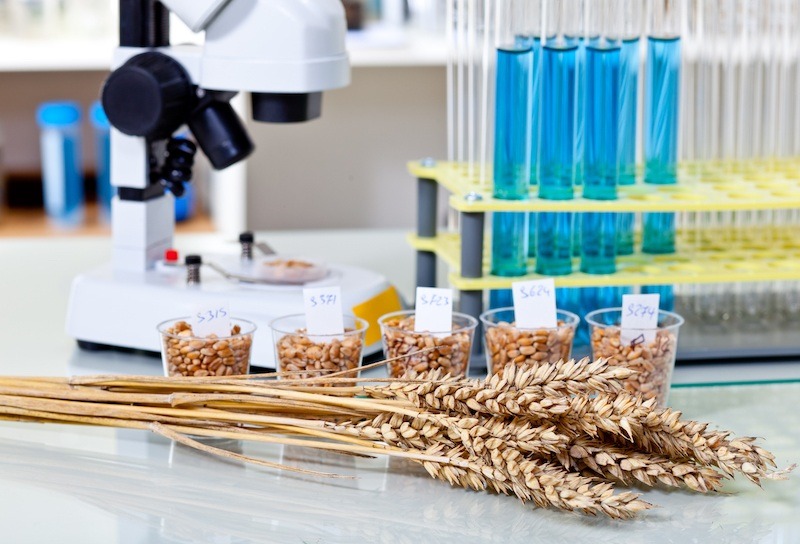 In a recent randomized controlled trial, Australian researchers showed that hypnotherapy is an effective treatment for irritable bowel syndrome. The team from Monash University in Melbourne, Australia, showed hypnotherapy was equal in effectiveness to the low FODMAP diet for relieving symptoms of IBS such as bloating and abdominal pain.

The findings agrees with data from other clinical trials and support the value of hypnotherapy for treating IBS. The results have implications for clinical practice and primary care in Australia and the United States where rates of functional gastrointestinal disorders are high.

What is Irritable bowel syndrome?

Irritable bowel syndrome is a challenge to treat. As there is no cure, treatment aims to relieve gastrointestinal symptoms. IBS differs from inflammatory bowel disease and other disorders that cause abdominal pain in that there is no structural problem with the gut. Thus, it is termed a functional gastrointestinal disorder.(2)

Doctors have a few options for treating IBS. The low FODMAP diet that eliminates triggers of irritable bowel syndrome (fermentableoligosaccharides, disaccharides, monosaccharides, and polyols). This elimination diet is considered the 'gold standard' for treating irritable bowel syndrome and was developed by Dr. Sue Shepherd of Monash University. Medication treatments for IBS include laxatives, antispasmodics, and antidepressants. However, medication has been shown as less effective than dietary interventions.(3)

IBS may also be treated with psychotherapies. Hypnotherapy has been shown to remedy health problems and improve wellbeing for a range of conditions, including symptoms of irritable bowel syndrome. It is believed to act upon the brain-gut axis and has been used in clinical practice to treat irritable bowel syndrome in the UK, United States, and Australia.(4)

Dr. Simone Peters and her team at Monash University compared hypnotherapy to the low-FODMAP diet for irritable bowel syndrome. She hypothesized that quality of life and symptoms of IBS would improve in both groups. However, hypnotherapy was expected to have a smaller effect in the treatment of irritable bowel syndrome than the diet since it is a form of psychological therapy.(5)

The results were surprising. Hypnotherapy had the same effect as the dietary intervention for alleviating gastrointestinal symptoms. In both treatment groups, 70% of patients improved in quality of life and a range of individual symptoms of IBS such as bloating, cramping, and abdominal pain.(5)

The study at a glance:

Dr. Peters and her team conducted a randomized controlled trial over 6 weeks. 74 patients with moderate irritable bowel syndrome were randomly assigned to one of three treatment groups:

The researchers took six measures of IBS symptoms, rated on a100-point scale. These were self-reported by IBS patients at the start of the trial, 6 weeks later and 6 months follow-up. These were:

Results of the study

Hypnotherapy improved all six measures of IBS symptoms (Abdominal pain, bloating, wind, nausea, satisfaction with stool consistency, overall symptoms). This effect was equal to the improvement from the low-FODMAP diet. In both groups, 70% of patients improved in overall and individual GI symptoms after 6 weeks.This benefit was maintained six months after treatment.

Combining treatment of dietary intervention and hypnotherapy did not benefit patients more than individual treatments. This was surprising since the two treatments were believed to act via different mechanisms, and so effects were expected to add to one another.

The graph below shows these findings. All symptoms can be observed to decrease from the start of the experiment (baseline) to 6 weeks and remain low 6 months after treatment. No differences were demonstrated between groups. This is shown in the significant overlap between graphs.

The study also found hypnotherapy was associated with psychological benefits. Patients were less anxious and depressed in this group, but not in the low-FODMAP group.(5)

The results showed that hypnotherapy is an effective treatment for IBS. The study also demonstrates that this effect is clinically significant, equal to that of the low FODMAP diet.

The finding that all three groups produced similar results is surprising. Hypnotherapy was expected to benefit IBS symptoms to a lesser degree than diet, since the treatment mode is psychological. The Australian researchers proposed four possible reasons to explain these findings:

How strong is the evidence?

As a randomized controlled trial – the ‘gold standard’ of proof in medicine – the evidence generated from Dr. Peters’ trial is robust.(6) Reasonable measures were taken by Dr. Peters and her team to eliminate sources of bias. Although the trial was relatively small with 74 patients and the period of hypnosis short at six weeks, the data was conclusive in statistical terms. Future studies with larger cohorts may confirm findings, but the present results should be accepted.

The Australian study consolidates findings from the UK that show hypnotherapy is effective. Research from the Manchester group in the UK of 1000 patients found 76% of patients treated with hypnotherapy improved symptom severity by almost half.(7) Several other studies have reported reductions in IBS symptoms of between 25% to 75% with gut-directed hypnotherapy.(8),(9) There is a growing body of literature supporting hypnotherapy for IBS.

Does this mean IBS is all in the mind?

The result that hypnotherapy treats IBS does not suggest the disorder is a simply ‘functional’ disorder of the mind. Rather, it suggest that IBS is a biopsychosocial condition in which the mind-body connection can play a role in lessening symptoms.

In fact, Dr. Peters’ study showed that psychological benefits from hypnotherapy did not correlate directly with improvements to IBS symptoms. This implies that hypnotherapy did more than just affect the mind; it exerted a physiological effect on the GI tract that lessened symptoms of IBS.

The mechanism of Hypnotherapy

The science of gut-directed hypnotherapy is new and unfolding, and the precise mechanism for how this therapy might relieve IBS is not known. However, there are several theories for how the effect might occur. Hypnotherapy may act by:

How can this study help you?

If you suffer IBS, this study brings good news. It demonstrates hypnotherapy is a powerful treatment and that gastrointestinal symptom can be treated without needing to change what you eat. A six-week course of hypnotherapy improved symptoms in 70% of patients regardless of hypnotic susceptibility. For patients who have struggled with dietary treatments or found little benefit, hypnotherapy should be considered a clinically effective alternative.(5)

Hypnotherapy or diet – which should I choose?

The low-FODMAP diet and gut-directed hypnotherapy are both likely to reduce IBS symptoms in most patients. The choice of therapy should come down to budget, the availability of hypnotherapists in your local area, and dietary preferences. When choosing a treatment, it is essential first to consult a doctor to confirm the IBS diagnosis. Below is a summary of the pros and cons of each procedure:

Gut-directed hypnotherapy is a relatively new IBS treatment and availability may be subject to location. Fortunately, there is evidence that online hypnotherapy is comparable to in-person treatment, and many new options available. Skype has been used to deliver hypnotherapy effectively, and symptoms of IBS have been shown to improve even when received using headphones.(13), (14) Mobile applications such as Nerva (by the lead researcher of this Monash study) offer a convenient way of accessing hypnotherapy regardless of location for a more affordable cost.

What can we learn from the study?

The present clinical trial contributes to the growing body of work showing hypnotherapy is effective and may help to normalize this therapy in clinical practice. Patients with IBS in Australia, the United States and worldwide can expect better relief of GI symptoms through the expansion of hypnotherapy clinics. The health benefits of hypnotherapy are likely to be investigated in many more clinical trials in the future. 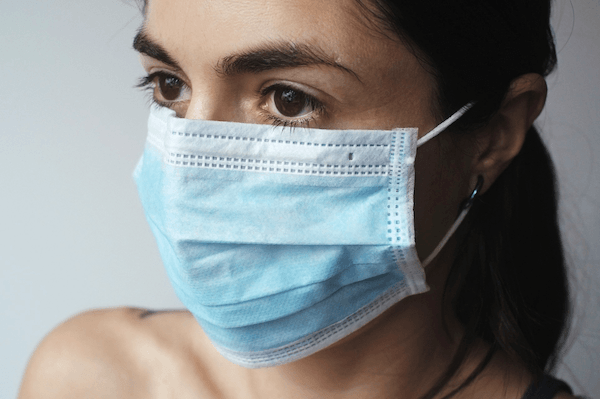 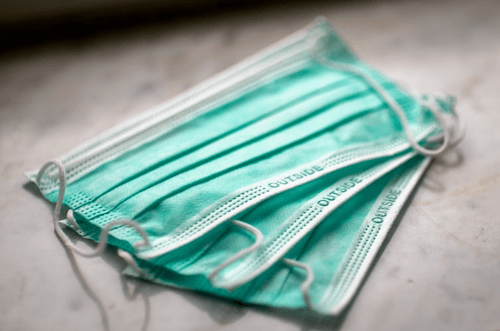 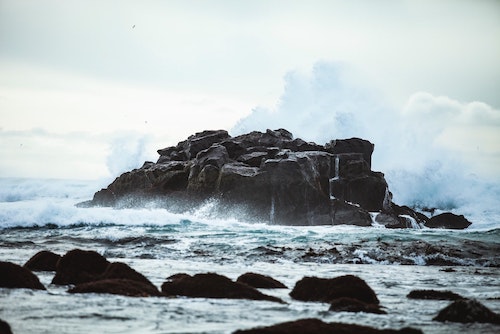